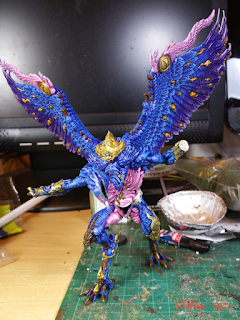 So the last time I shared anything like the full model he looked like the above, since then I've been sharing the progress on parts and promised the next post would be the big reveal.
As predicted though it's taken me a while to get the next post up and I think I covered the reasons well enough in the last post.
So today lets get on with the picture showcase and some background for the lord of change.


Dak'tali Uv'allion Balamak' The Theoretician's Muse.
When the galaxy was young and the first races were making their mark on the galaxy the desire of sentient races to progress began stirrings in the warp, from the minds of those driven to explore science and unveil the truths hidden in the universe. Yet as with all chaos and the aspects of the dark gods this was twisted as races warred throughout the heavens, dark jealousies brewed in the hearts of many and the desires for success and recognition outweighed the search for truth.
Dak'tali delights in leading astray the most gifted and ambitious of scientists and engineers whispering of the possibilities if only the victim would look deeper or experiment further. Distracting it's victims with the promise of results gently encouraging them to cut corners, ignore protocol and take risks beyond safety and sanity.
A whole library on titan holds journals, research logs and the recordings of Mechanicum Adepts who have overstepped the boundaries laid out and descended towards the path of the Dark mechanicum thanks to the whisperings of The Theoretician's Muse.

And with that is the finished lord of change.
Now I've been working an a fair bit these last few months and could probably put posts together without to much effort, once again giving a short flurry of posts.
My problem is really the motivation, I'm not usually one to beg of responses or go down the like and share guff that you see on You tube. However it would be nice to know that people are reading and like my work because I'm seriously considering just letting the Blogg die and sticking with posting on the bolter and chainsword.
If I make that decision I'll throw together a last post or if not I'll be sharing some of the little things done after the lord of change before the latest big project for the B&C ETL contest. 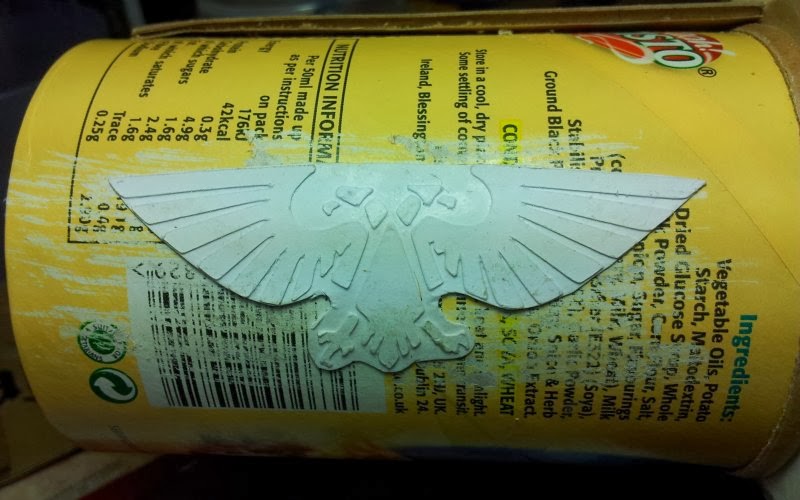 Granny Grating, Walkways and other uses.

So it's now been nearly three weeks since Gav came round to visit. Time is really running away from me at the moment but big deadline just gone by last friday, so should settle a little as slightly less pressure now. Last time I had just removed the Aquila pictured above and prepared for a new one. read on to see how things changed. 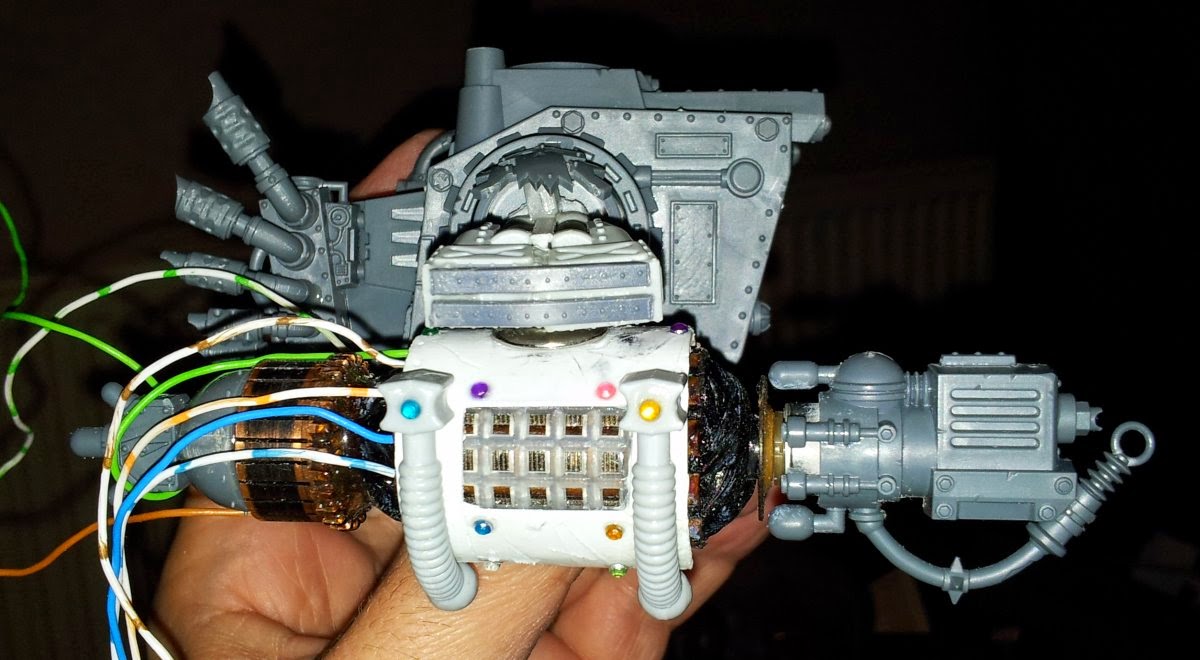 The last couple of nights I've been a little busy with domestic chores and catching up on 'Game of Thrones'. However over the weekend I did managed some progress as you can see above. I also took a number of pictures of the kit part assembled which means after the break is the review of the Kit I promised on friday.